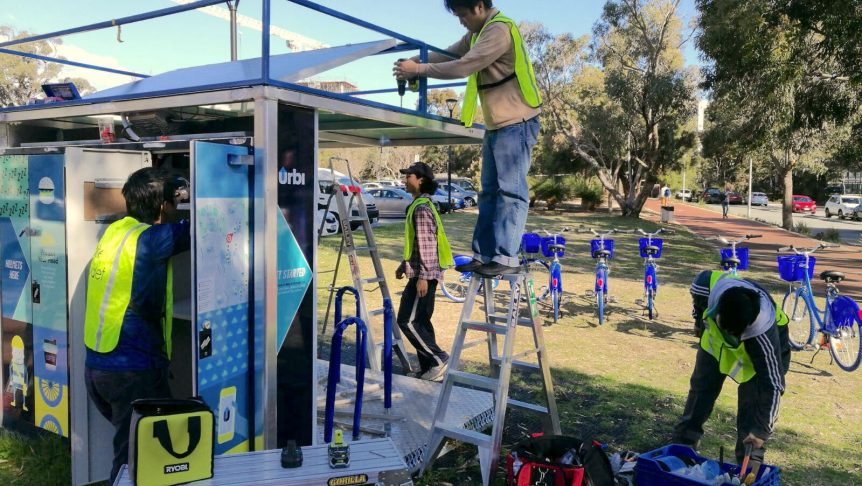 We are not only working on reducing carbon foot-prints by getting people out of cars and onto bikes but we are reducing our own carbon foot print.

In late August our eight urbi stations in Joondalup were fitted with solar panels to keep them connected to the network.

The unmanned stations require power for users to access the bikes through our user-friendly app.

We may not have officially launched our Joondalup urbi bike-share network yet but plenty of people have already jumped on board and started riding with urbi as part of our pre-launch phase.

The stations have been accessible to the public since April and were initially powered by batteries.

The batteries will now act as a back-up to the solar panels but as long as the sun is shining the panels are expected to meet the energy needs of the stations.