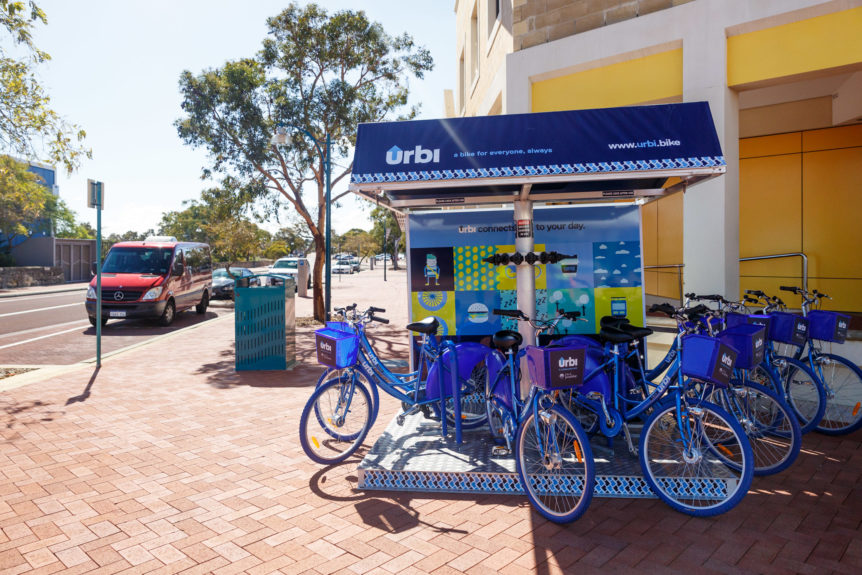 On a national level, media attention has been on dockless bike-share schemes.
So what’s the difference between dockless and docking bike share networks?
We operate with docks, which we call bike-stations.
Our bike-stations are located within close proximity to one another, so users do not have to go far to find one.
Riders can pick up a bike from any of the stations and return the bike to the same station, or another station, whatever works for them.
The benefits of using a docking system are that users know where to find bikes and it is also a lot neater and tidier to have bikes in designated locations.
Dockless bike-share systems allow users to leave bikes in public spaces, which in some places, has caused issues with bikes becoming hazards and just generally creating an untidy, cluttered look.
While the urbi system of using bike-stations may mean we start slowly with specific network areas such as the trial we are running in Joondalup, it means we get to really become part of a community and know what people want and what works in a specific area.