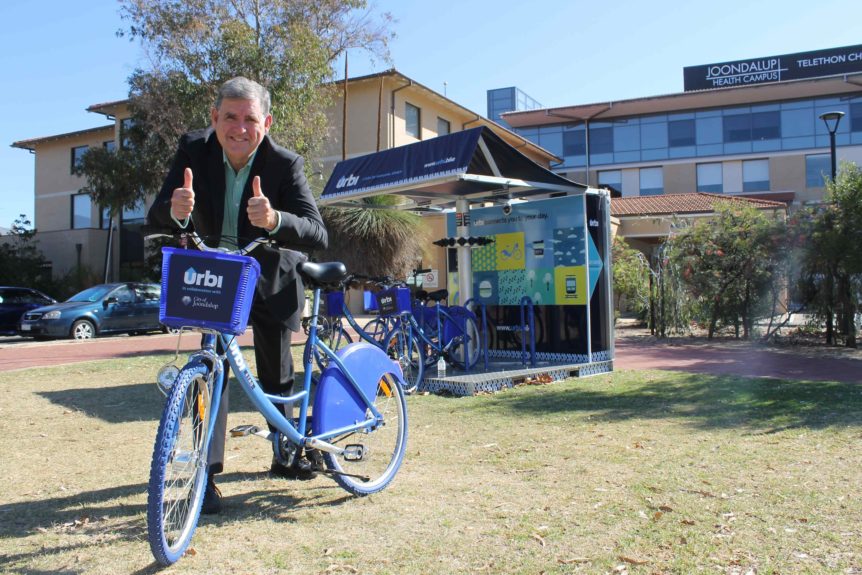 urbi has established a trial program for the public at the Joondalup Health Campus in the City of Joondalup, where Mr Travers’ office was based until he resigned from state politics last year.

In Perth, urbi founder and CEO Adrian Lee said: “We are delighted that Ken Travers has joined the urbi team. He brings a wealth of knowledge and expertise in urban public transport and we hope his input will assist us to make this bike-share program a success.”

Mr Travers, who has been appointed Head Domestique Officer at urbi, said: “For anyone who follows international bike racing, they will know the domestique’s job is to get the whole team over the finish line. It is my intention to make sure this worthwhile bike-share initiative does just that – first in Joondalup and then at many Perth locations.”

“Urbi bikes are a fantastic way to get around and many people will soon find them quicker and easier than cars or buses. We have every confidence the community will embrace the Joondalup trial and soon urbi, blue bikes will be seen in many Perth suburbs.”